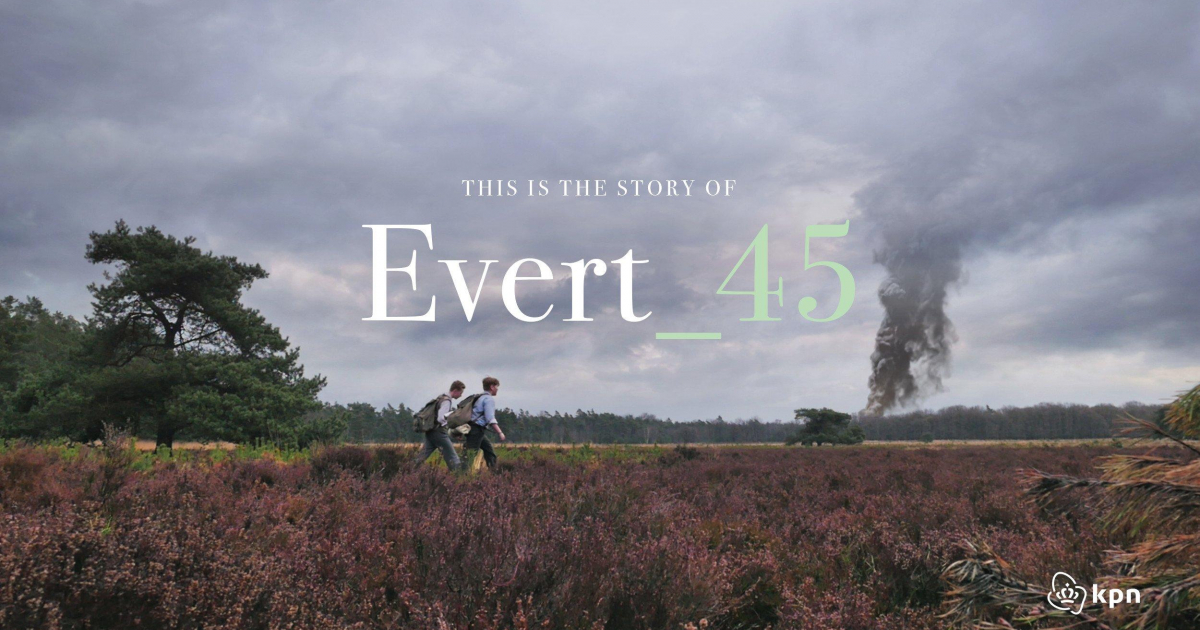 The story of Evert_45 makes a powerful connection with young people. We interwove their visual language and day-to-day interests (pranks, foodie shots etc.) with the historical narrative. This led to Dutch youngsters voluntarily (!) watching over 1.3 million minutes of history lessons within three weeks. They also kept asking for more and longer content. Teachers opted to teach about World War II using Evert_45’s story, and it is even due to be included on the Dutch school curriculum as of 2018.

The Evert_45 initiative also had a positive impact on KPN’s brand image. On the most relevant association statements, the scores among those who recognise the campaign are significantly higher than the annual average. The initiative shows that KPN makes society better, through technology, and it contributes to the feeling of safety which the brand evokes.

What better way to engage young people and show them that our freedom is our most valuable asset. During national liberation celebrations in the Netherlands this May, Evert_45 did just that. Evert_45 is an immersive campaign played out as an ongoing series on Instagram, YouTube and on the website evert45.com. Evert’s war story is an account of his journey to find his brother in hiding after escaping a German labor camp. The narrative of the online campaign was carefully crafted from numerous insightful interviews with World War II veterans, as well as historians and teachers. It is in fact the end result of a Dutch newspaper article entitled ‘It’s up to you to keep this story alive’ featuring interviews with elderly resistance fighters.

**Lessons from WW II: this must never happen again**

On 4 and 5 May of each year, the Dutch commemorate the casualties of WWII, and celebrate their freedom. These are emotional days, and the personal stories of people who survived the war play a prominent role. But fewer and fewer eye-witnesses of the war are still alive. This means fewer people are able to engage new generations with their unique personal stories, and pass them on. When we read a newspaper article in which war veterans reached out with a plea to pass on their stories, it got us thinking. KPN is a Dutch telecom company with a mission to connect people. So how could it connect the generation of back then with the generation of today? And how could it do that in a way that engages young people’s emotions, and connects to the mindset of today. 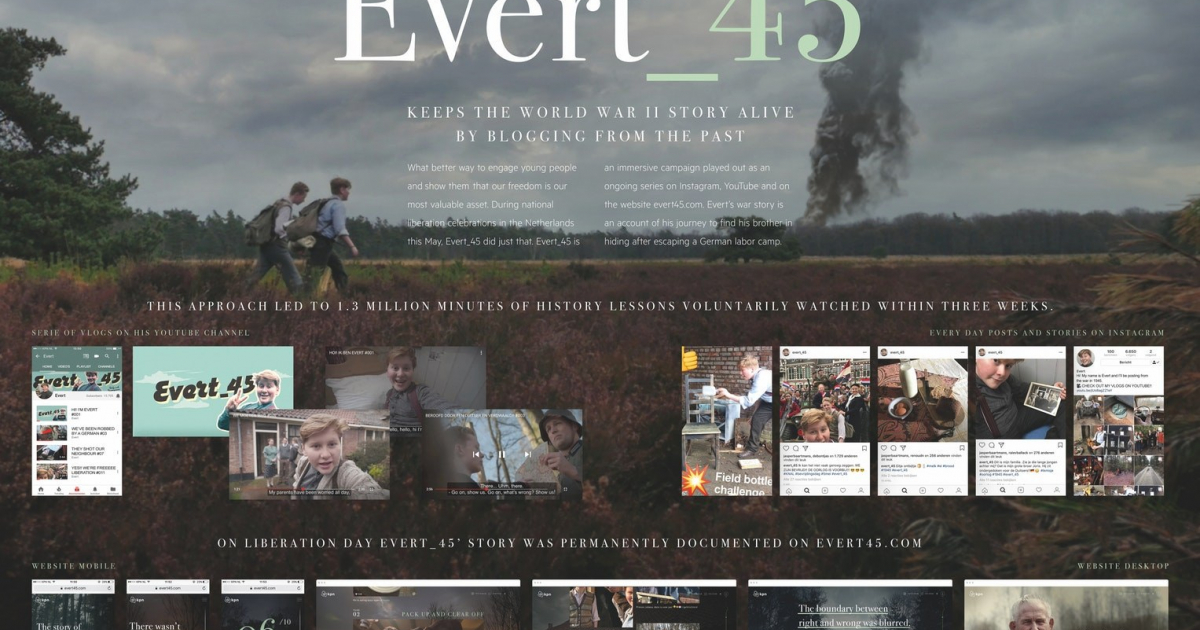 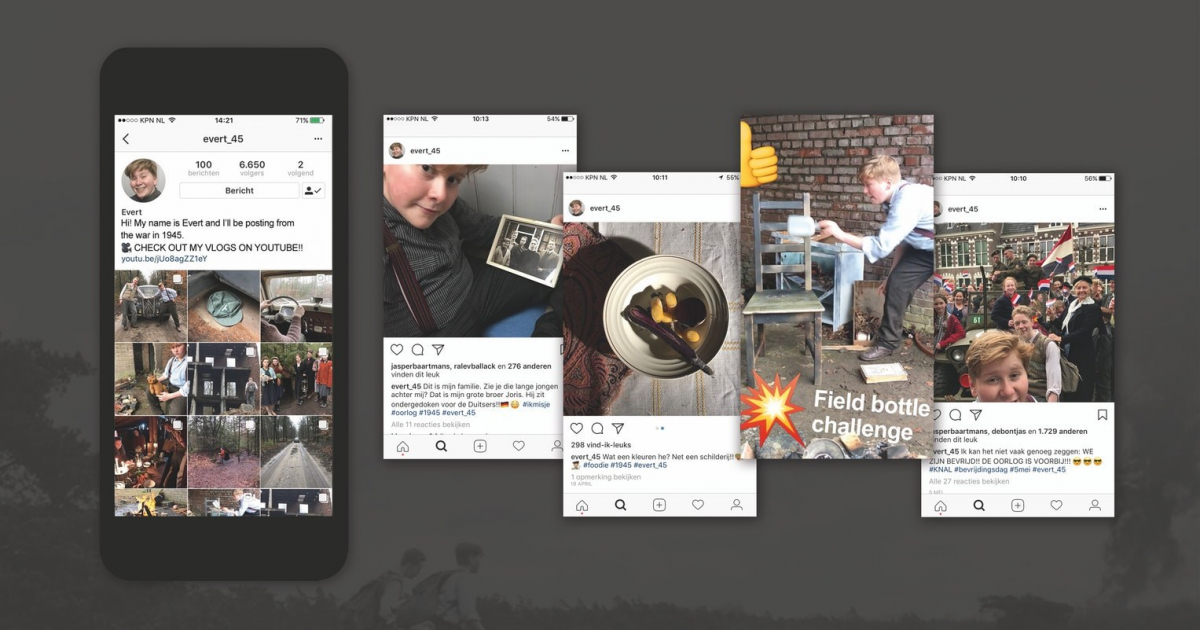 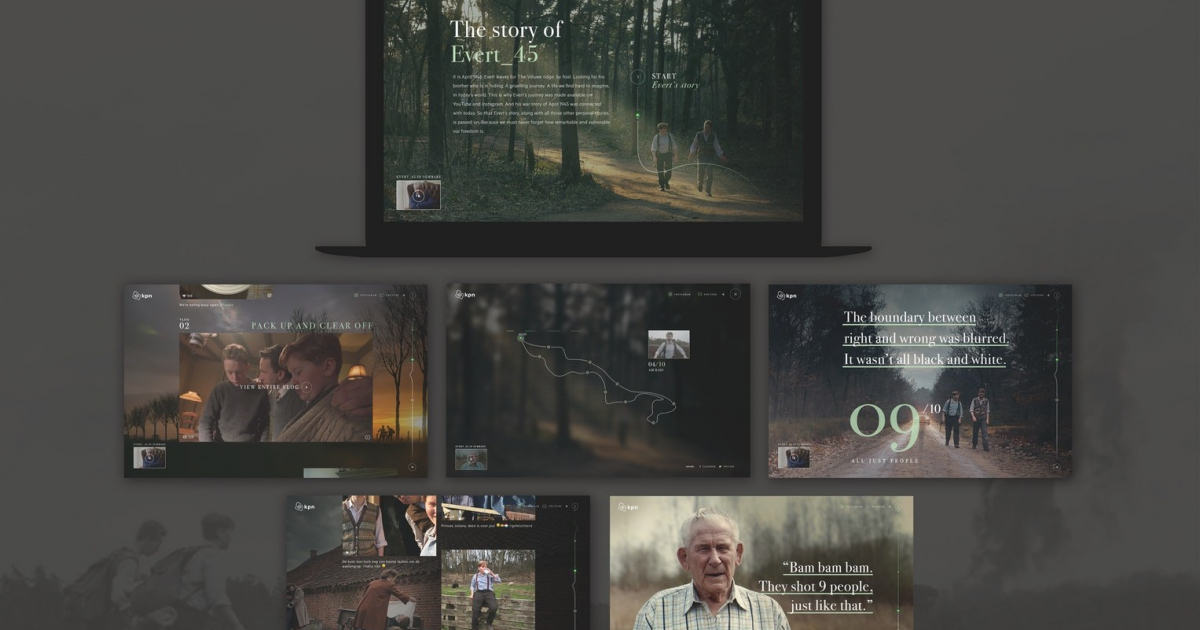 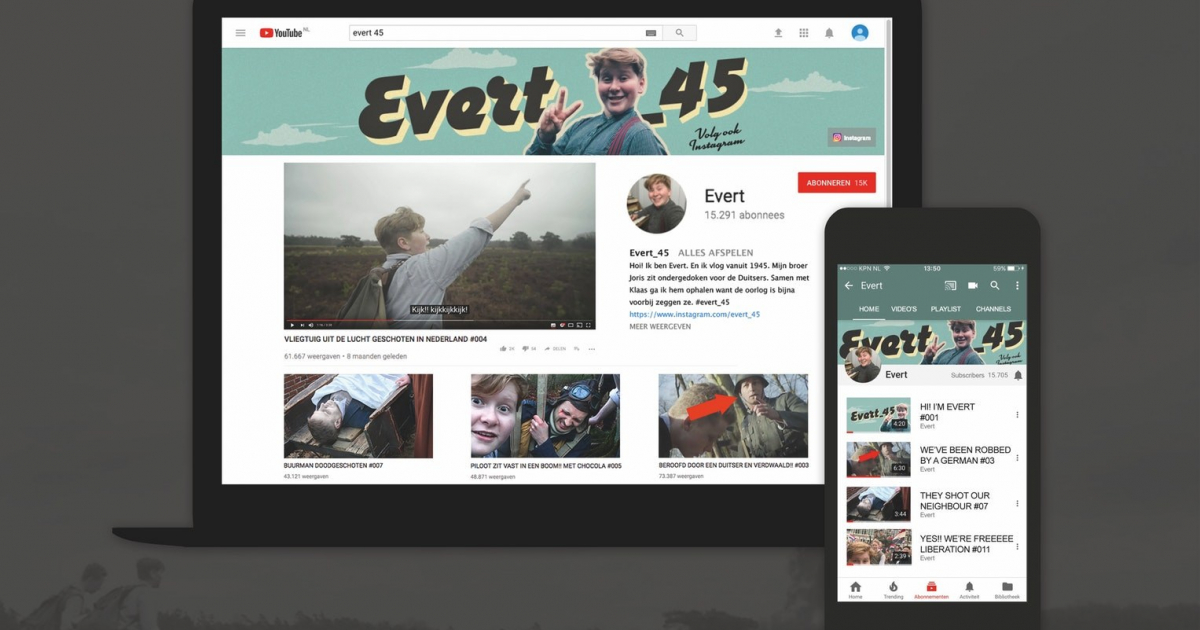 Making a heavy subject accessible. Really digital in the heart of the idea, very well translated to the platforms.

Definitely one of the most outstanding pieces this years’ awards. The Netherlands oldest and biggest provider connects present with past in a beautiful and compelling way.

History translated to modern visual language. The idea and execution are high class and well fitting for the brand. It’s educational and even executed with a subtle but well-balanced sense of humor. An excellent piece of work that’s worth sharing.

Making something as intangible as history so relevant and tangible in the lives of young people is admirable. History comes alive through his cultural relevant stories for modern times.

The story is important and deserves it’s own platform. The layers of execution give the story depth and offers the visitor a chance of discovering things on their own.

Using modern media channels and a vlogger for stories that shouldn’t be forgotten by youngsters is really smart. The tonality is right and really outspoken.